The implications of Intellectual Property in the Esports sector. Part I 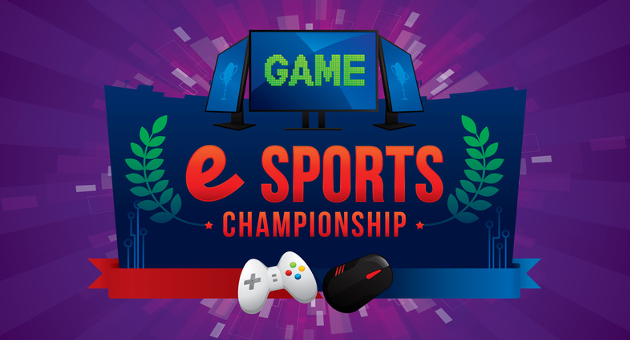 All means of entertainment that were born during the last hundred years have something in common. This common point might be summarized in the fact that, the more followers claiming more and better content, the more necessities of consolidating and professionalizing an industry capable of generate that entertainment we have.

Esports are not the exception to such rule. Generally speaking, esports is a branch of the multimillionaire gaming industry, which is created and focused on different tournaments and competition of those gaming titles that include a competitive dimension.

As it happens to any other traditional sport, the consolidation of the esports industry departs from the creation of different leagues and tournaments, which might be followed by livestream or consulted afterwards at platforms like Youtube or Twitch and all the latter creation of content around those competitions. This structure has leaded the industry to count with numerous agents (players, teams, tournament operators, game developers/publishers, sponsors and so on and so forth).

We are dealing with a rather young industry, with less that ten years of existence, but their foundations are pretty solid. A clear example of this robustness is the viewing figures of the 2.019 World Finals of the world-famous League of Legends game (see article in Spanish), as they reached 21.8 million Average Minute Audience (AMA), that surpasses by far the figures reached by the NBA Finals of 2.019 (see article in Spanish), with figures of 15 million average minute audience.

Moreover, the well-known games market insights and analytics company Newzoo, estimated that the worldwide incomes for Esports would reach a thousand million euros in 2.019:

The key points to professionalize a rather young sector are both improving the provision of your products and services and learning how to adapt yourself to new challenges and hardships in the fastest way possible. At the same time, in order to strength the industry it is required, in many occasions, to have the ability to be openminded with new competitors as it will lead to increase your efforts in the way of differentiating yourself from the others.

Among all the different tools agents are provided with, we are going to explore, through a series of two articles, the different implications Intellectual Property (IP) might have in order to professionalize the sector, alongside with some practical examples on how IP is being applied in the system.

In this very first article, we will proceed to analyse how patents and trade marks might be useful, whilst the second chapter will be focused on designs, copyright, business secrets and a brief conclusion.

Nevertheless, before detailing the different figures IP can provides us with in esports, we believe it is fundamental to mention the importance of law in every sector in which there are commercial and non-commercial relationships between these agents, as law rules upon all of them by regulating the does and don’ts.

Especially, agents must take into consideration the importance of contractual law. Although, as we will see in depth during the analysis of copyright, it is of tremendous importance to bear in mind that it we want to generate content related to esports which includes third-party trademarks, designs or copyright, you must ask for prior permission through a exploitation license. Finally, if you manage to create a unique IP asset, you might benefit from generous royalties when licensing your own assets to third-parties.

Essentially, a patent is an advance in the state of the art, by which the owner of the invention is granted with a monopoly in the exploitation of such invention during a twenty-year-period. In order to be granted, the invention shall fulfil the patentability requirements of being worldly novel, possessing inventiveness (which means than an expert will not reach the same conclusions of the invention with what is available in the state of art) and possessing an industrial application. A patent title will protect the functional aspect of a product.

Prima facie, it seems complicated to fit patent law within an industry in which its maximum value lays down in the creation of audio-visual content. Particularly, if we take into consideration that most patent laws in the world exclude software and business plans from patent protection.

Consequently, no matter how good and unique your business plan is, any patent office will grant you protection upon it. Although, we believe there is a great possibility for game developers and publishers to benefit from patent law. Mainly, despite software as such being explicitly excluded from patent protection (in Spain, article 4.2 of the Patent Act does), there is an open door for software to be protected by patent law when there is an application or hardware behind it (one example is the Anti-lock braking systems (ABS)).

Back to the esports arena, we must mention the efforts put by EPIC Games (developer and publisher of the famous esports title, Fortnite) before launching its most iconic game into the market, in order to develop certain patents within Fortnite that has put this game way above the rest of battle royal developers and becoming one of the top sales esports titles.

Even though Fortnite was released into the market in 2.017, it is interesting to look back into the developing period (2.011-2.016) in order to discover that Epic was granted with various United State patents for protecting different aspects of the game such as: (i) anti-cheating system that identifies player’s behaviour (Patent no. US9517402B1); (ii) a system for video game participation via social network interactions (Patent no. US9144740B2); (iii) a method for object weak point generation, so the more you beat it, the more rewards you earn (Patent no. US9399166B1).

There is no doubt that these patents have helped Fortnite to establish itself from a casual trend to a consolidated mass phenomenon in constant growth.

Trade marks are, without a shadow of doubt, the figure within IP that most implications might have for any economic sector. A trade mark might be define as the sign that distinguishes the goods and services of a company from its competitors goods and services. Contrary to patent law, the registration of a trade mark might last eternally (as it is renewable every ten years).

Either in the marketing and in the law spheres, it is essential to create a brand image that permits you to differentiate yourself from the rest of competitors. Although, similarly to patent law, if you wish to obtain the exclusivity upon a sign, you must apply for the registration of the trade mark in any trade mark office. Therefore, except from certain cases (such as, non-registered well-known signs), if you do not proceed to register the sign, you do not have any exclusivity upon it and any competitor could use it freely in the market.

In summary, registered trade marks generate two kind of rights: (i) positive rights or the exclusive rights to exploit and use the sign and (ii) prohibitive rights, or the possibility to impede third parties to use an identical or confusingly similar sign.

The importance of making a search on prior rights before applying for the registration of a trade mark is fundamental as you might avoid any controversies with third-party earlier rights and potential losses in your publicity investments or in the presentation of your brand image.

That is what happened to a game that fulfilled all the requirements to become an esports title, the shooter “ION MAIDEN”. The developers were sued by the British music band “IRON MAIDEN” (see article here) and had to change its name due to trade mark infringement. Activision, developers of Call of Duty: Ghost, were also sued by the supply company of the US army, as there was in-game content that included the trade mark “Angry Monkey” (see article here) without authorisation of its owner.

In line with the abovementioned warning, we would like to notice that the immediacy and speed that most companies take at the time of announcing the creation of a brand or announcing the rebranding on an old trade mark might lead to dangerous consequences. We are going to cite two cases involving Spanish teams.

First, we must mention the MAD LIONS rebranding strategy (materialized through the US Trade Mark no. 88.702.817). The application date for the registration of this sign was November 22nd, 2.019 and nowadays (February 18th) it is still not granted. Although, the new sign was announced barely a week after the application (November 29th).

Now, imagine if the US Office decides not to grant this trade mark because a third party has opposed to the registration because he/she owns an earlier sign which is confusingly similar. As the rebranding actions have already taken place, ¿how much money a new rebranding that does not collude with earlier signs would cost to the Spanish team?

Second, we must also mention the ARCTIC’s rebranding strategy with its new brand “G2!ARCTIC” (materialized through the Spanish trade mark no. 4.049.257). The application date of this sign was December 30th, 2.019 and nowadays (February 18th) it is not granted yet. Nonetheless, the ARCTIC team announce its new logo two days after (January 2nd). We can ask the same question made for MAD LIONS.

Last but not least, we can bring up different examples on how different agents, acknowledging the importance of reinforcing their brand image, have applied for the registration of a trade mark:

After focusing in two of the most usable IP figures, the second chapter of this article will be mainly focused in the IP figure which affects esports the most, copyright, along with the analysis of design law and business secrets law.